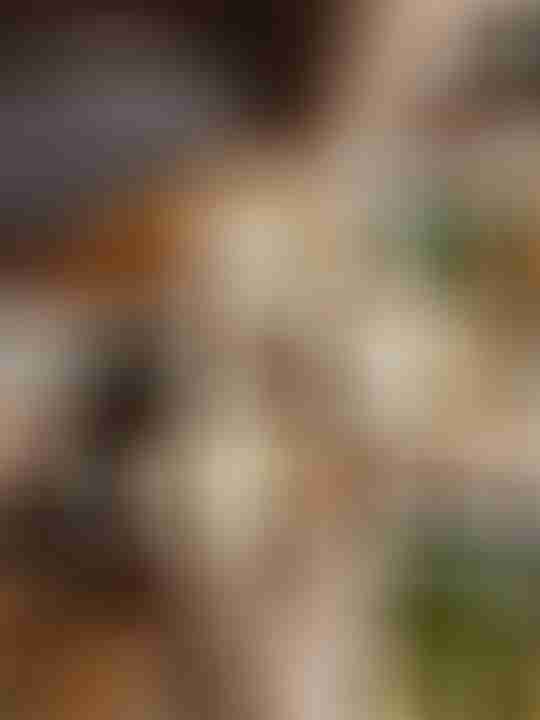 My mom has always been a non-caffeine person and would freak out whenever she saw me making coffee in the middle of the night. It had become a thing, pulling nighters off with a huge mug of coffee to study for my Cambridge exams. She would constantly nag me about the harmful effects it was having on my body, but it wasn’t like I was drinking 20 cups of coffee a day.

So, I did some research of my own on what happens when you drink 20 cups of coffee a day to build an argument of my own. The studies that I came across had an astounding effect on me. The research so far has had conflicting results. Some studies believed it was okay to drink 20 cups of coffee a day without any risks of a stroke or heart disease. While others have been consistently trying to prove a connection between coffee and its effect on artery stiffness.

I used to think that the previous generation always tries to keep us away from all the good things in life. OR maybe they just hate looking at us enjoying things. They consistently try to find adverse effects of anything and everything. It was a lot later in life that I came to realize the art of keeping things in moderation. Too much of anything is harmful but don’t forget to enjoy it at the same time.

Coffee consist of a drug called “caffeine” which is a famous stimulant known for enhancing performance. It also contains various other compounds with potential health risks. This explains why every American walking on the street holds a coffee cup.

Table Of Contents show
1 The Great Debate
2 What I found from various researches
3 How much coffee should be consumed on average?
4 Related articles

Upon researching, I came across endless debates on whether coffee was good or bad. Most of the recent research leaned towards coffee being healthy and curing diseases. While others went on and on about the health risk that concerns its consumption. Some even advised a four hundred milligram limit for a day which is almost equal to four mugs of coffee.

Mayo Clinic suggests this limit for any of you who struggle with side effects like migraines, gastric issues, jitteriness, and even mood disruptions. A professor at the Tufts Friedman School of nutrition science and policy talks about the scanty and insufficient nature of the data collected for extreme amounts of coffee consumption.

This inaccurate data has made it difficult to come up with correct results thereby making this debate even more difficult. Each person’s body reacts to caffeine differently. It metabolizes variously and so the risks involved may differ from person to person. Nonetheless, there are a few general concepts everyone should keep in mind.

Since caffeine gives instant energy boost people with high blood pressure issues are at a higher risk than others. The spike in blood pressure is a result caused by the high caffeine level in the bloodstream. While others develop fatal heart issues from consumption of highly caffeinated energy drinks or experience symptoms from existing cardiovascular diseases.

For those of you who have trouble sleeping, large caffeine intake is having adverse effects on you! Sleep deprivation is one of the adverse effects obesity has on the human body and various other chronic diseases hence resulting in Insomnia. Such a patient may likely react worse than a normal person upon such large amounts of coffee intake.

What I found from various researches

To determine what happens when you drink A LOT of coffee every day, health researchers took three different groups as samples for research. The first group drank one mug of coffee a day while the second group had a coffee habit of one to three mugs a day. Volunteers with daily consumption of three or more cups were set as the third group.

MRI scans of the heart and Infrared pulse tests were taken by all three groups. For accurate results, all the indirect factors such as age, gender, ethnicity, smoking, weight, height, alcohol consumption, status, eating habits as well as high blood pressure were taken into consideration when checking for coffee’s effect on artery stiffness.

Studies show that moderate to heavy consumption of coffee, alcohol, and smoking are all found together in the male gender. An associate medical director at the BHF states the discoveries that this research may unveil. Eventually, this research will help clear any conflicting views that have made it difficult to sift out the true benefits of coffee.

I believe this research will be a good thing and will put things in perspective as coffee is a huge industry. Coffee has been a staple for almost half the population of America. I bet every one of you with concerns about their health would want coffee to be declared safe for health and I mean who wouldn’t? It tastes great.

Despite the results of the research, I think anything in abundance is harmful in one way or another. We must stay in the moderate coffee drinking zone for a healthy fruitful life. Nobody wants to miss out on life experiences because of their health. If you identify yourself as one, then better stay away from the 20th cup of coffee.

While we have discussed the detrimental effects of coffee lets look at some research that portrays coffee as the good guy. Some health experts have hinted that it might not be as bad to get the morning boost of energy nonetheless it is still too soon to take sides.

There have been numerous studies on the benefits of coffee as well. Some researchers reveal how it can treat type 2 diabetes. Researchers at Harvard state that an increasing amount of coffee intake over four years can reduce the risk of type 2 diabetes by 11 percent. As outrageous as this sounds, it is important to read the entire report for better understanding.

Also read this impressive article on how you can boost the benefits of your coffee by adding cocoa powder!

How much coffee should be consumed on average?

A four hundred milligram limit is the optimum amount of coffee that you can consume daily. This is approximately 3 short cups from star bucks or the smallest size at Tim Horton. According to a Canadian dietitian, there is no evidence on the harm this much coffee has on a healthy adult.

British Heart Foundation in its latest study examined the effects of coffee and on the constriction of arteries and the internet went haywire on its results. In numerous articles, the results have been irresponsibly reporting and every coffee drinker in the vicinity has taken a sigh of relief thinking that they don’t need to quit their unhealthy coffee drinking habits.

The incomplete headlines state how drinking 20 cups of coffee a day has no relation to the stiffening of the arteries. It is pretty much an okay amount of coffee. Nonetheless, it still does not mean that everyone should increase their consumption of coffee. Just because it does not affect the arteries does not mean it isn’t harmful to your body in other ways.

The more you increase your consumption of coffee the more you are putting your health at risk. Your body becomes vulnerable in many other ways by drinking humongous sized cups of coffee. Most people are not even aware of their decreasing health. They often ignore the symptoms and by the time they get themselves checked it is too late.

There are far more reasons to be concerned about your unhealthy coffee drinking habits. Especially if you are struggling with anxiety or insomnia, I would advise against drinking coffee at all costs. According to some people, coffee also erodes calcium away from your body. So, people with orthopedic issues should also consider staying away from coffee.

Even though I am a coffee lover and it kills me to say this, but this is reality and we can’t hide from it. So, do you think you’re consuming coffee relatively higher than others? Well…, it’s time you take a beat and reconsider your lifestyle. Whatever it is you need to prioritize, is your health important or getting things done with a dose of coffee?

I know it is difficult to discontinue unhealthy habits, but everything takes time. Take one step every day. Start by eliminating one cup from your routine for a week. If things go the right way then go with two and so on. If that sounds too much, then start by reducing the size of your mug. Whatever it takes!

Because one day you will wake up and feel what happens when you drink 20 cups of coffee a day!